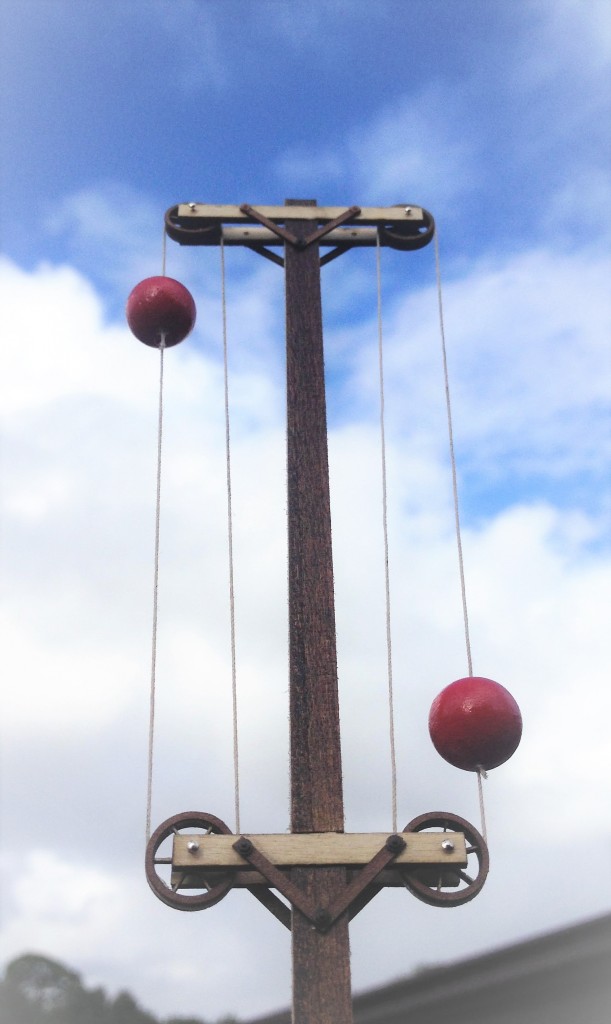 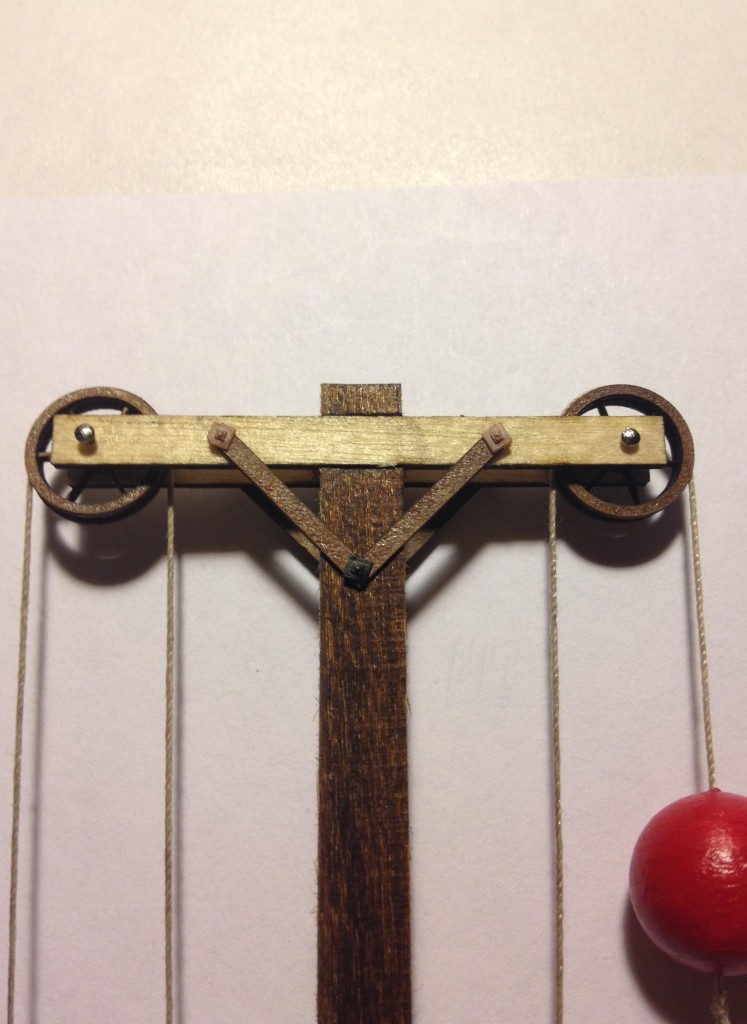 In the United States, ball signals were used on the short New Castle and Frenchtown around 1832. Here, they were station signals in telescopic view of each other, and were raised and lowered to telegraph the movement of trains optically. This was a unique use, and it was not done elsewhere. These signals did not last past 1840. Balls were used on the Erie and even more extensively in New England. They were station and junction signals, as well as crossing and drawbridge signals. Most had only one or two yardarm ends, each which could raise one or several balls. In general, a raised ball was the signal to proceed. The term “highball” entered the jargon with this meaning. On the Erie, some balls were illuminated from inside. Instead of being lowered, a ball could be raised inside a cylindrical housing at the top, and then was considered “not displayed”.

River Leaf Models recreate this one based in the famous ball signal located in Whitefield NH.

Everything you need is included in the kit.

The signal dimension are: