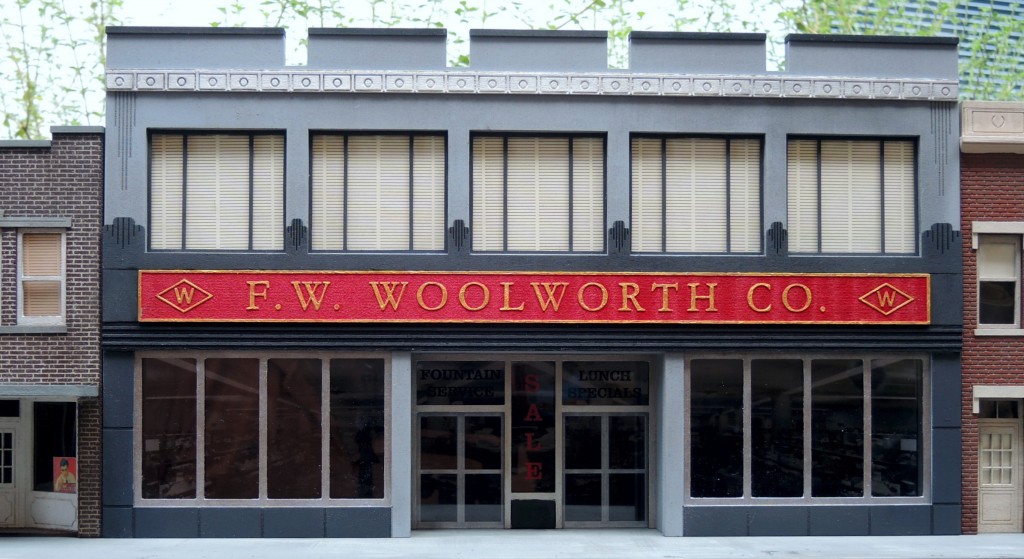 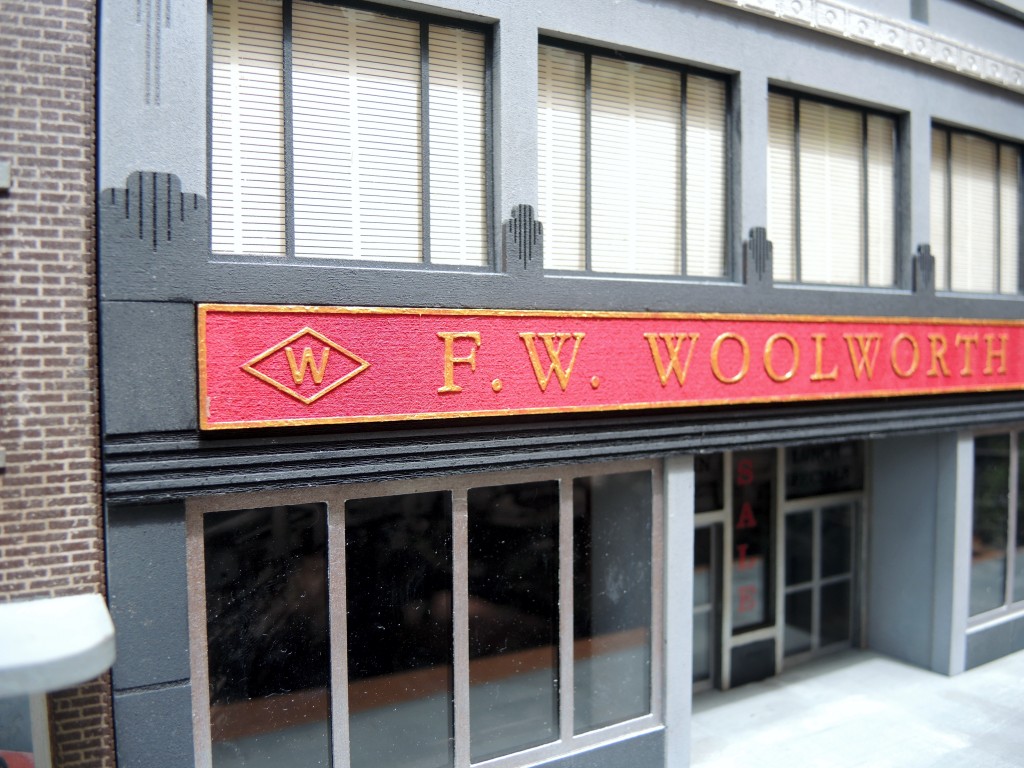 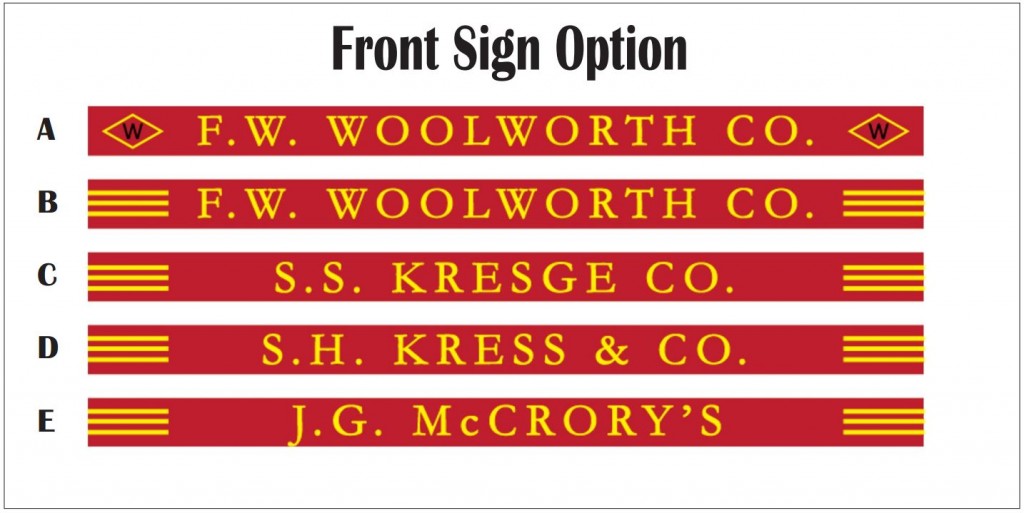 For years O and S Scale layout builders have lamented the lack of the iconic downtown building F.W. Woolworth’s. River leaf Models has responded to this demand with the first commercially available structure kit in both O and S Scale of the original Five and Ten Cent Store  F.W. Woolworth’s. Founded by Frank Winfield Woolworth in 1878, the Five & Ten Cent store concept thrived. The third Woolworths store opened was in York, Pennsylvania, home of the TCA Eastern Division meet. This kit measure 14.5 across the expansive and impressive front and 6.0 in depth. The height to the top of the front cornice is 8.25. Like all River Leaf Kits, Woolworths is constructed of heavy duty ¼ MDF and assembly is a breeze for experienced modelers and beginners alike. Full instructions are found in the resources section. The kit also features sturdy 3/32 acrylic windows for all windows as opposed to flimsy and frustrating acetate. The main feature is, of course, the legendary Woolworths sign  fully embossed allowing you to mimic the deep red and gold lettering with ease. We offer two different Woolworth’s sign designs and at no additional cost you can substitute the Woolworth’s sign for other famous stores in the chain including S.S. Kresge Co., J.G. McCrorys and S.H. Kresge & Co.

There are no reviews yet.